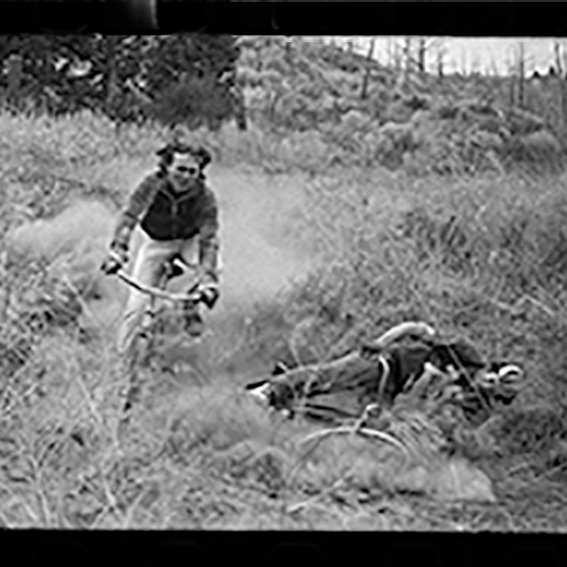 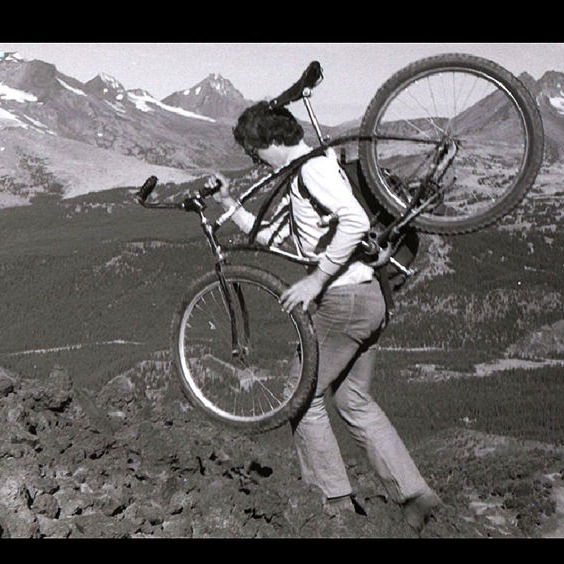 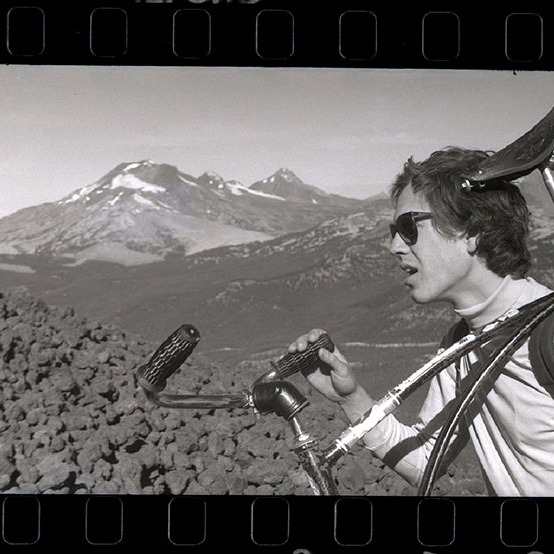 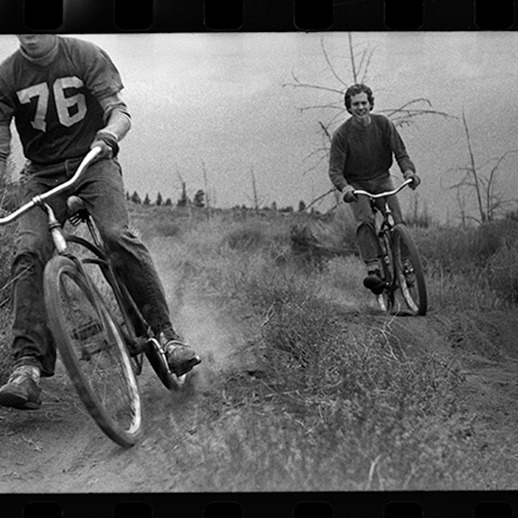 To live in Bend, on the sunny side of the Cascade Mountains, was a deliberate choice for us—one that we’ve reflected in our name and our attitude for 45 years. We're crazy about cycling, Nordic skiing, and pretty much anything that gets us out there in the Central Oregon sunshine. And yeah, at times, we've been crazy, period. Check out some history below.

As any cyclist knows, you go where you look. So we're only going to look backwards for a second--there's so much promising terrain still ahead.

Doors open at Sunnyside Touring on Irving Avenue. Jim Desmet and Gary Fowles were joined by a young Gary Bonacker, who worked at the shop for free and collected bottles for income.

1976
Sunnyside moves to Bond Street, and picks up Univega Bicycles.

1980
The Cascade Cycling Classic begins with a small and dedicated group of volunteers including Gary and Don. Sunnyside picks up Trek Bicycles.

1985
Sunnyside picks up Bridgestone and has our first $1,000 mountain bike on the floor–a Bridgestone MB Zip.

1990
The store moves to its current location on Newport Ave. Don rides a suspension fork at the World Mountain Bike Championships in Durango, purchased there from Rockshox reps.

2002
The store remodels to double in size.

2003
Gary is diagnosed with brain cancer.

2012
Sunnyside Sports celebrates 40 years with a rocking party attended by hundreds of our closest friends.

2013
Don Leet sells the majority of his shares to Susan and Mike, who are now equal partners in running the store.

Susan and Mike purchase the remaining stock and building from Don Leet, completing his 39-year tenure of Sunnyside ownership.

Sunnyside Sports is recognized as one of the Top 100 Businesses to Work For in Oregon.

20XX
What's next for Sunnyside Sports? Let's find out together.